I've moved everything to Dreamwidth. I'll be closing out this account soonest. I can be found at https://sharon-dubois.dreamwidth.org.

The official proclamation is that I didn't break anything in my ankle. But I did mess it up and now I have to be in a boot that looks like an update of some strange torture device. I get to go back in two weeks to have it looked at again. So much fun!

And for this two week period I cannot go in the pool and exercise. Yuck!

I went out to Van Atta's to find a wreath. With two Maine Clown cats I do not consider a tree a possibility so I do a wreath because at least I have that nice evergreen smell when I go in and out the door.

All I found were very boring wreaths so I bought an undecorated one and some sparkly stuff. After Agent of Shield I decorated it and hung it on the door.

Unfortunately the girls were very helpful. Then I got to clean up glitter. 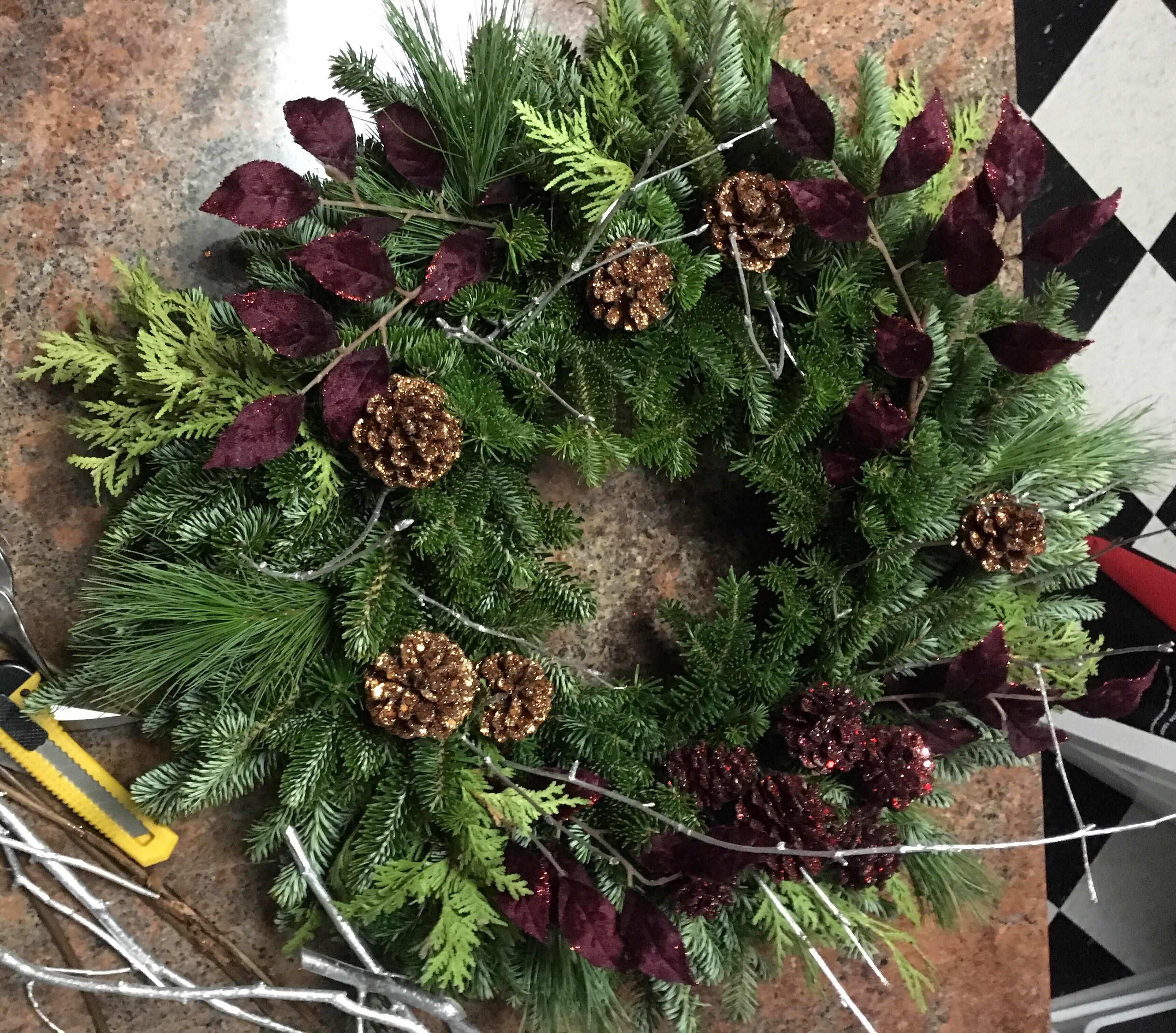 Karren and Mike and I wanted to go to a cat show in Novi today. We agreed to make the decision this morning because there was a snow storm coming and didn't want to not go and then have the snow turn out to be a bust. So we checked in this morning and as there was just a couple of inches of snow and the roads and sidewalks were just wet decided to go after being suitably fortified with Bigby coffee.

The roads were not bad until we got a ways out of town. And then we started seeing cars in the ditch. One car, two car, five car, red car. Visibility was getting decreasingly worse so at Fowlerville I put a halt to the proceedings and turned around for home. I knew it was getting slippery out there because the traction control started telling me it was working. A bunch of us were in the right lane going a a speed appropriate for the weather but when I saw the 18 wheeler coming up way too fast in my rear view mirror I decided it was best to get off the highway. Took the Williamston exit and came home by way of Grand River Ave. The worst of the storm was tracking south of the early morning predictions.

We didn't wanted to just go home so stopped at Flap Jack Shack for brunch and then came home.

Now some hours later and it is still snowing. It has now piled up on the sidewalks and road. Karren just shoveled me a path to the car if I needed to escape. The rest will be left to the snow removal guy tomorrow. 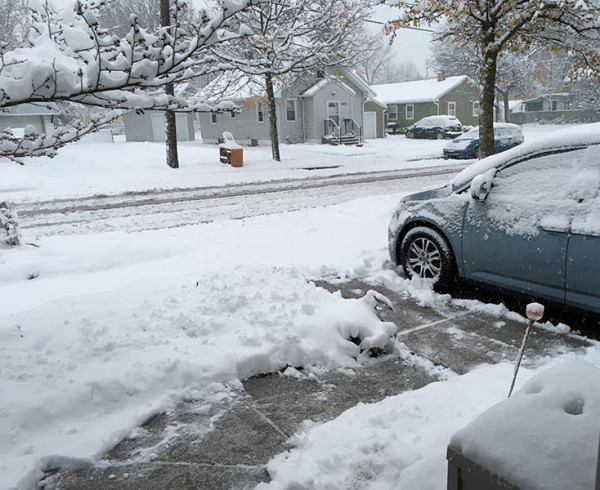 Yesterday we went out to the MAC. I've been doing water aerobics since I retired. The place I was using was my physical therapist's office. The pool is small and that has been the problem of late, there are too many people with too small pool.

So we both decided to join. We went yesterday for a tour and we are going back tomorrow to try it out.

I heard a loud clap from the Cat's Rec Room & Library followed by a small thump.  Ash came skittling up the stairs like a herd of elephants with sharp toenails.  The clap was from the boards stored on top of the bookcase under one of the cellar windows. The smaller thump came from Ash hitting the cat tree at high speed.

Upon gaining the upstairs she rocketed into the bedroom/garden/cat perch window but quieter this time.  I went to the kitchen window to see what was of interest to the cat. To my not very surprise there was a chattering of starlings gleening my backyard, gleening that is until a dreaded fox squirrel came bounding into yard startling them into a murmuration.

I do so love collective nouns.

With the starlings gone both cats went back to sleep. Next up the cleaning lady!  They follow her around (even when she is vacuuming) as she is the magic discoverer of lost toys. 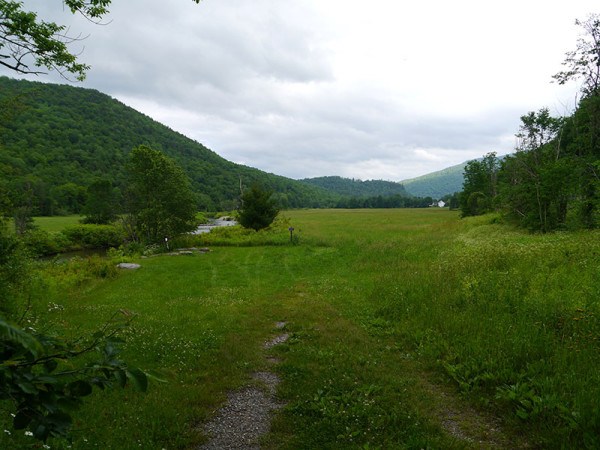 On the way back from visiting Ben & Jerry's.  Along Route 100 north of Rochester VT.  I think this may be the most beautiful drive in the state. 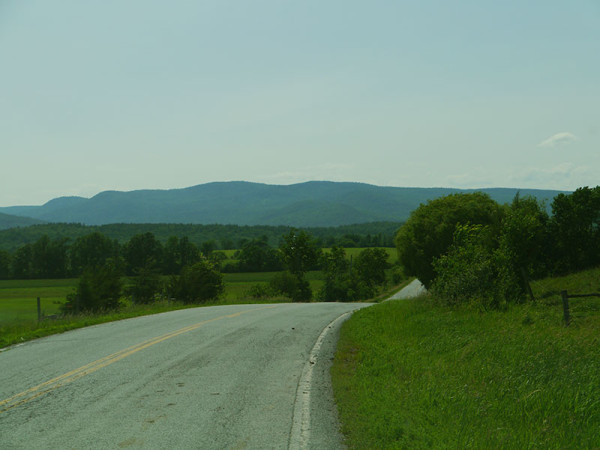 Heading for Lake Champlain on Route 73 with the Adironacks in the background. 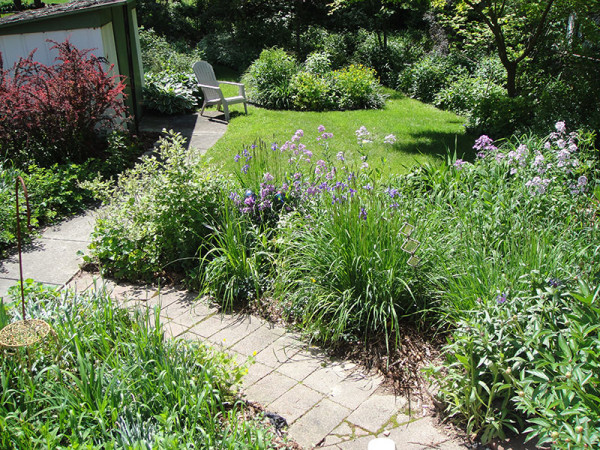 We played Crononauts and Monty Python Fluxx. For once, I won both games.

Snoring and taking up far too much of the bed. 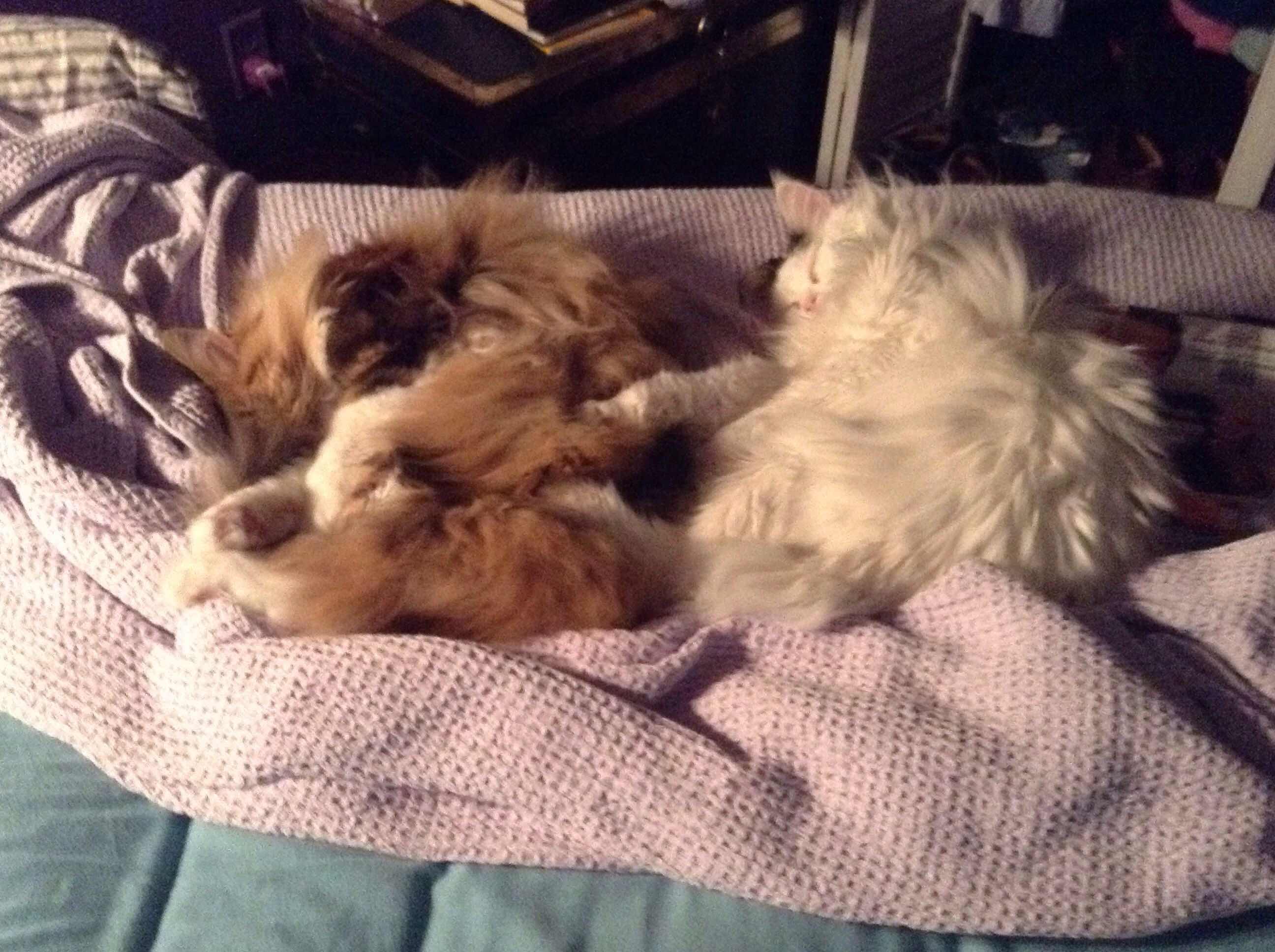