Did the dim sum and a movie routine with Cami this afternoon. When I left the house noonish little snow pellets were falling from the sky. This turned to snow while at the restaurant and was continuing when we went into the movie. Upon exiting the movie the sun was shining and the temperate had risen about twenty degrees.

Went to see 42 and I highly recommend it. Cami was going to tweet a clever tweet about 42, you know the ultimate question and all. Crossovers are good. EtA: Cami on 42

Got home and the Purple Tomasinianus Species Crocus were open. They finally agreed it was warm enough. They will eventually take over the patch between the sidewalk and the road. This patch started with six a few years ago. I'm glad they are happy. 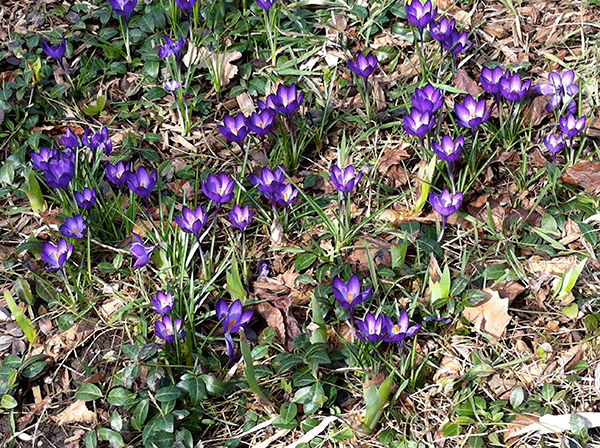 Some of the daffodils are thinking about opening but are not there yet. They are nearly a month later than last year and later than the last few actually. 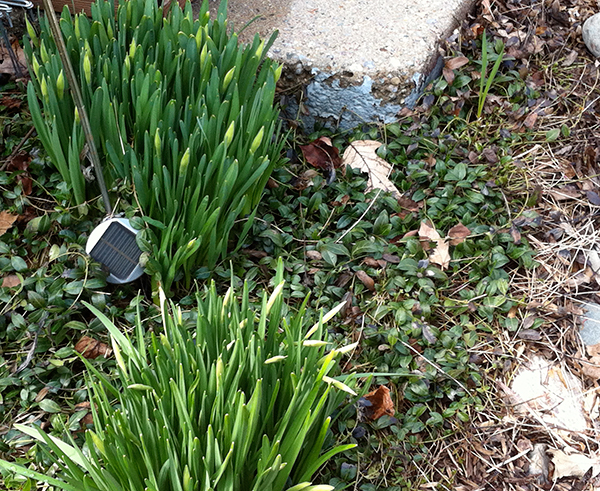 No clouds in sight. A sliver of a moon in the indigo sky. My favorite color is somewhere in the gradient of the lighter blue at the horizon that shades to the dark sky.