So Monday Bob and some of the nephews went up to Vermont to install a new dock at the camp.  We, on the other hand went to a local nursery and got flowers and thought about what to plant in front of the neighbors new white fence (6' tall).  Then we went to the grocery store and got some seafood for the grill.  In other words we lazed around and didn't do much of anything.  We got some clams, oysters and swordfish and threw all with some asparagus on the grill.  Yumm.

We got up early the next morning and headed to Mystic Seaport in Mystic Connecticut.  Neither Cami nor Mary had ever been there.  Since we were being tourists I had requested this trip because I knew Cami would like it.  Truth be told I was in junior high when last I went.  If you have never been -the 79‑year old Mystic Seaport complex encompasses an entire waterfront settlement, capturing the look and feel of a 19th‑century seafaring village.

As we approached the Seaport we spotted a quintessential "summer in New England" place - the Sea View Snack Bar, picnic tables and all. 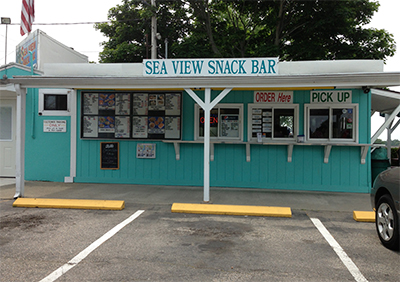 The menu which must have at least half of the items fried. Hey I didn't make the rules.

The dining room with Mary. Mystic Seaport in the background. 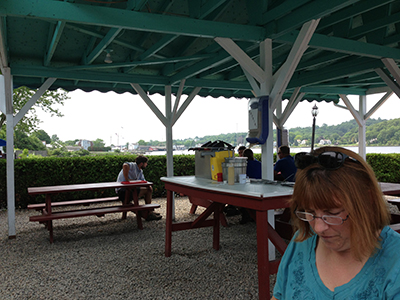 I have no idea who the woman is but better view of Mystic SP. 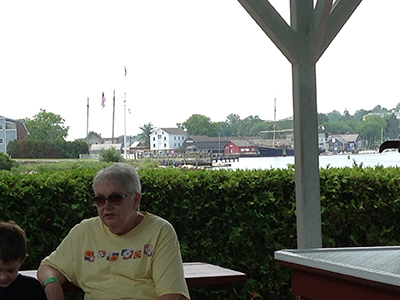 A clam roll and chowdah. 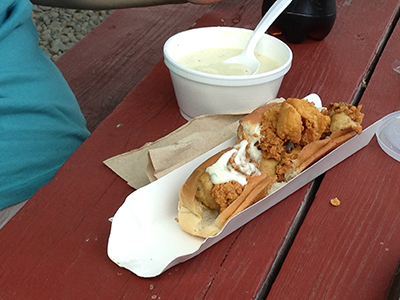 Scallops that are already missing a few.  The french fries came with my dinner but I never eat more than three as I shouldn't. The scallops were big and absolutely wonderful. 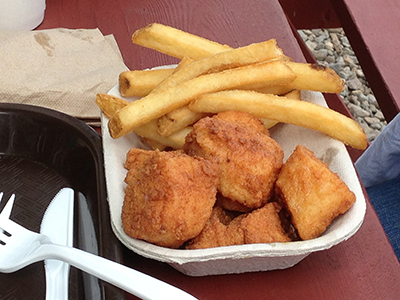 The whole clam dinner, no "clam strip" abomination for me. Two of my three french fries remain along with one scallop. Cami and I traded and also shared the cole slaw. 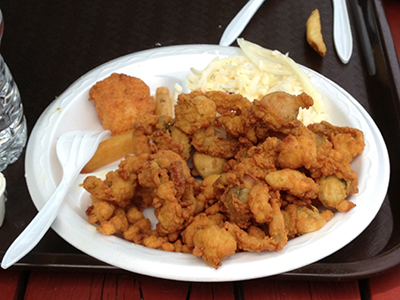 Tomorrow the tour of Mystic Seaport.