When last I left off we were eating a classic New England summer meal of fried seafood. Once we finished we went down the road to Mystic Seaport.

Tug Near the Entrance 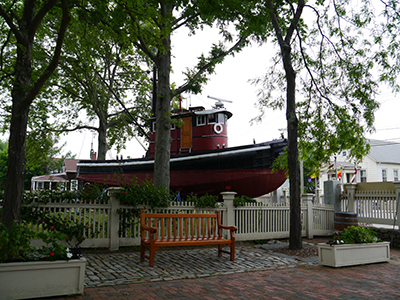 The ship I really hoped Cami would like was in dry dock being repaired.  I remembered crawling all over it as a kid and below deck is the only time I have ever suffered from claustrophobia.  What the Charles W. Morgan looked like fully rigged. 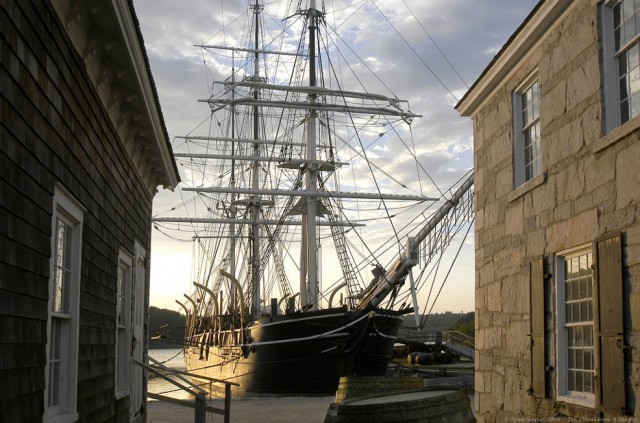 "The “crown jewel” of the Mystic Seaport collection, the Charles W. Morgan, has outlived all others of her kind. Built in 1841 at the yard of Jethro and Zachariah Hillman in New Bedford, MA, the Morgan is America’s last surviving wooden whaleship and a precious piece of maritime history."

More from the Seaport website:
"In January 1974, after removal from her former sand and mud berth, she was hauled out on the lift dock in the Henry B. duPont Preservation Shipyard for inspection and hull work as needed. Her hull proved to be in remarkably good condition, with only a new false keel, shoe and some planking being required.

In the fall of 2008, the Morgan returned to the Museum’s shipyard for a multi-year restoration. The project has renewed areas of the vessel from the waterline down to her keel and also addressed the bow and stern. The Morgan will be launched July 21, 2013 and in the late spring of 2014 will embark on her 38th Voyage to historic ports in New England. When she returns to Mystic Seaport in August 2014, the Morgan will return to her berth at Chubb’s Wharf and resume her role as an exhibit and flagship of the Museum." 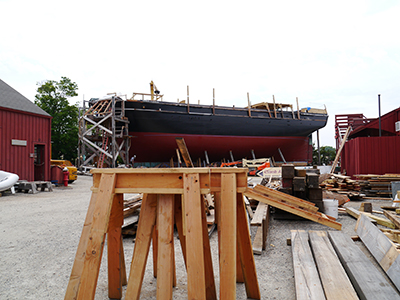 Walking along the sea front. 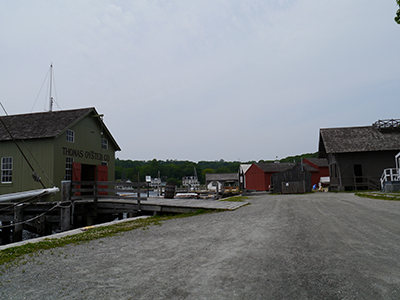 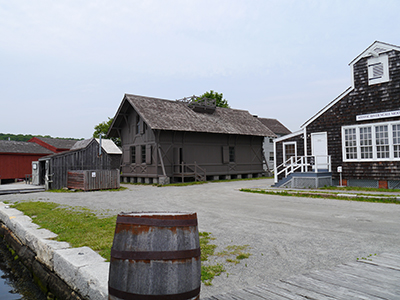 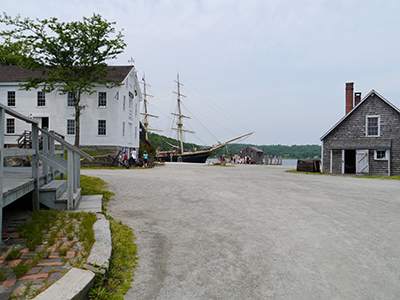 The Joseph Conrad, one of the smallest full-rigged ships built in modern times.  She started life as a training vessel and was active in this role until 1945.  She is still a training ship at Mystic. 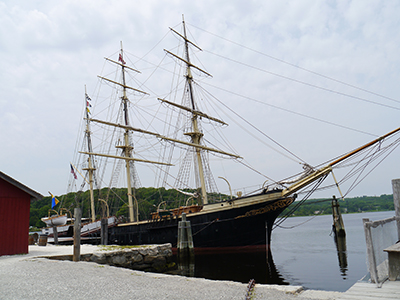 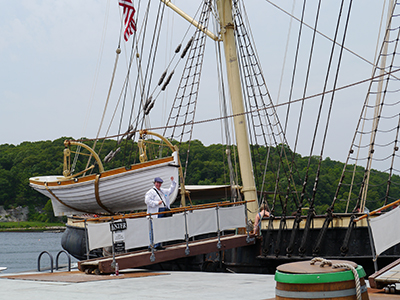 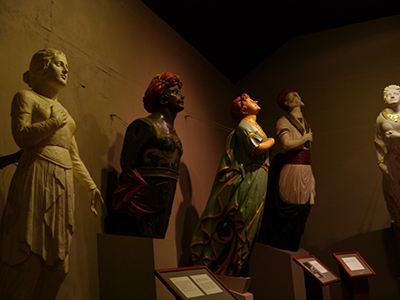 The day was overcast but very hot and humid.  When we started to melt we got back in the car and headed down the coast back towards NY/NJ.