In a discovery that could advance quantum computing, scientists at Harvard University and the Massachusetts Institute of Technology (MIT) have created a new photon-based matter that is essentially like the light sabers in the movieStar Wars. The team was able to bind photons together to create photonic molecules, contradicting existing knowledge about light behavior. "What we have done is create a special type of medium in which photons interact with each other so strongly that they begin to act as though they have mass, and they bind together to form molecules," says Harvard professor Mikhail Lukin. "This type of photonic bound state has been discussed theoretically for quite a while, but until now it hadn't been observed." Lukin says comparing the new matter to a light saber is an accurate analogy, with photons pushing against and deflecting one another when they interact. To bind the photons, the researchers pumped rubidium atoms into a vacuum chamber, then cooled the atom cloud to a few degrees above absolute zero using lasers. Weak laser pulses then fired single photons into the atom cloud, creating energy that excited the atoms and slowed the photon. The energy then moved from one atom to another, leaving the cloud with the photon. 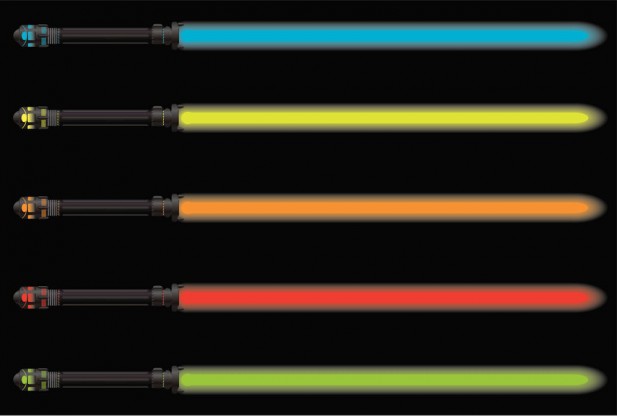